How Nutrifix Got Investment from Just Eat

In this blog post, we have a special article on the story of the Nutrifix app and its founder, Joel Burgess.

Joel’s story is a great lesson for all entrepreneurs looking to develop an app:

Nutrifix is an iOS nutrition app gives users personalised meal suggestions based on their location and health and nutrition goals. (Joel created a video explaining how the app works, watch it below).

How the idea for Nutrifix was born

Joel says: “It was a problem I encountered when losing weight. I found it all too easy to fall off the “health band wagon” when living a busy hectic life. I was using MyFitnessPal to track the food I ate in the day to make sure I was on a calorie deficit. I soon found I didn’t have the time in the day to record what I ate so I retrospectively recorded what I ate before dinner to see what number of calories I was over. Inevitably I was over on fats and carbs and had enough space for a few grapes for dinner!

This had me thinking – why record what you eat after you have eaten it? Why not proactively locate the food you should be eating?

This is a great lesson in how to come up with an idea for an app, or even a business: start by looking at problems you experience in your own life. This approach is also recommended by Noah Kagan, founder of AppSumo. who in his recent podcast episode “How to come up with a business idea” had the following advice:

Solve one of your own problems. I didn’t care about the market size. I just cared about me. There’s gotta be others like me.” Noah Kagan

Joel says: “After I encountered my problem, I set out to solve it for myself.

So I compiled a database of meals that fitted my nutritional needs. I ended up selling this to a number of my personal training clients for £75 each, along with a service of text messaging them the lunch they should buy that day and from where, as well as a recipe to make that evening. It was almost like a personal concierge service.

I was surprised at the level of interest for the product and the size of the problem it was solving. Initially I thought it would just be useful for gym bunnies like me. But soon realised that people really struggle knowing what to eat and where to find it, and wanted to be told what to eat. To have the stress of thinking completely taken out.

This is another great lesson, based on the famous “Do things that don’t scale” article by the founder of Y Combinator, Paul Graham.

In the article, Graham shares the advice he gives to startups in Y Combinator:

“One of the most common types of advice we give at Y Combinator is to do things that don’t scale. A lot of would-be founders believe that startups either take off or don’t. You build something, make it available, and if you’ve made a better mousetrap, people beat a path to your door as promised. Or they don’t, in which case the market must not exist.”

Joel did exactly this, as he says himself “clearly this wasn’t scalable nor could I do it with more than 10 clients.” But I already had people who’d paid me £75 for my product – that’s when I knew my idea was viable – I had paying customers.

To help a huge number of people with eating healthy I knew I had to build an app. So I had a mockup designed of an app which would automate this and allow me to scale the idea further.”

How Joel got users BEFORE the app was built

Joel reveals his strategy: “Before working on the app, I read a lot. I also built up our social media following and engaged with our potential users. As a result we had a very keen audience to test and trial the app, before it was even released.

We’ve now got over 1000 users – and did not spend a single penny on marketing.

The app was solving a problem I had, so I was very clear on its functionality. Although I was surprised at how others reacted and used the app. So I talked to as many users as I could.

We outsourced the development and got it into the hands of our alpha testers as soon as possible. This enabled us to learn a huge amount into how people use it and actually a number of the features were really confusing people.

We then got the product into a MVP state, albeit still not finished and we launched on our social media channels. I was blown away by the take up, and also people understood it was unfinished and were very keen to provide feedback.

“The biggest learning for me was to get the app in people’s hands ASAP and talk to as many potential users as possible.”

This is a really powerful lesson for anyone wanting to build an app. The success or failure of your app will ALWAYS be determined by your users. Don’t make assumptions about the features your users want, or how they will use the app. Build quickly, get it in your user’s hands, get their feedback, and then go from there. And to give you some context – Joel started building his app in September 2016, and it launched in January 2017 – so just 3 months. 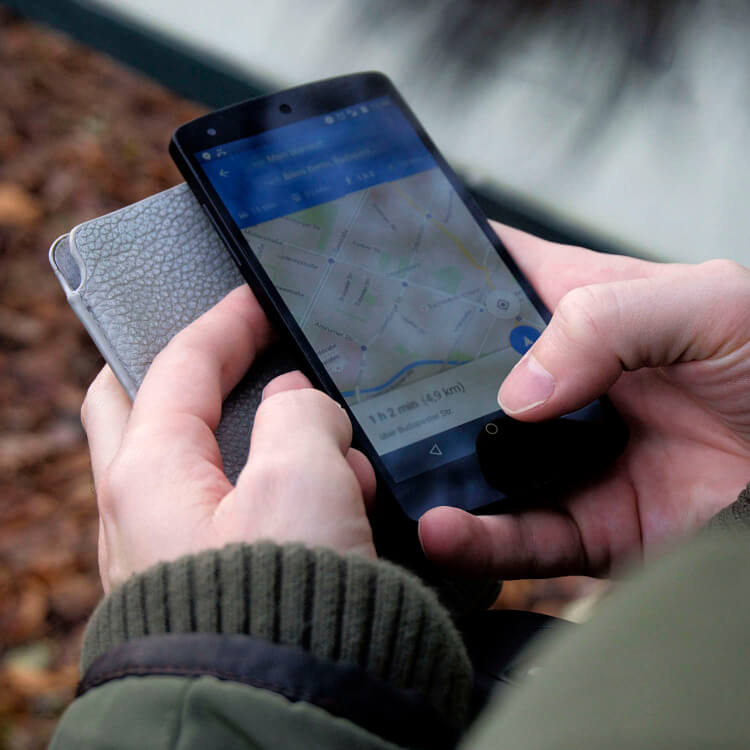 Joel’s words of wisdom for other app startups

Joel says: “My advice is read as much as you can. The Lean Startup, The Mom Test are two must reads. They both go into deeper detail but ultimately test as many things as possible.

The personal concierge service I ran was the real validation for me. With my business being so tech and product focused, there was always going to be a point that I had to make the step of building an app. But that testing gave me the confidence it was solving a problem.

Secondly I would say speak to as many people as possible and talk about your idea to everyone. No one will steal your idea, as everyone is on their own mission in life. Even if they do – it will not turn out the same.

Finally, you need to be passionate about what you’re about to set out to solve. Everything takes longer and is harder than you could ever imagine, and if it’s not something you are passionate about it will become all too easy to give up.

How Joel got investment from Just Eat

“We pitched to Just Eat during the London Food Tech week – after which they invited us on their first food tech accelerator. They bought into me, the problem it was trying to solve and the size of the market.

My lesson here would be make sure you can verbalise your idea and nail your elevator pitch. Start with the problem and why – then go into what your are building. If people can understand the problem and relate it to their own life, they are far more likely to get what you are building”.

What’s next for Nutrifix?

Update February 2018: Nutrifix raised £200k in their crowdfunding campaign, allowing for further product development and a marketing campaign. They now have over 5000 users – all gained without an official launch!

Their official launch is going to be on the 7th March 2018.